It was unveiled on the occasion of the centenary of teaching and symbolically 75 years after the street on which the Faculty of Arts has its main seat was named after this important professor of Czech literature and rector of Masaryk University during the Nazi occupation of Czechoslovakia.

On Monday 15 November 2021, at the beginning of the Humanities Week, which culminated this year's celebrations of the centenary of the Faculty of Arts, another commemorative plaque was unveiled at the corner of Arna Nováka and Grohova streets. Symmetrically complementing the plaque from the end of September dedicated to Professor Vladimír Groh, this one will also commemorate an important personality of the generation of the founders of the Faculty, namely Arne Novák, a prominent professor of Czech literature and rector of the University at the time of the Nazi occupation of Czechoslovakia. The Faculty of Arts reacted to the initiative of Marie Jílková, a councilor of the Brno city district, who came up with the idea of commemorating the personality after whom the street is named with a memorial plaque on Grohova Street.

The commemorative act was opened by a musical performance of the "deeply human amateur choir" Na hłas, composed of graduates of our faculty. Those present were then welcomed by Dean Milan Pol and Rector Martin Bareš, who also recalled the words of Arno Novák from the Rector's speech in the difficult times of the University and the whole nation. The personality of the eminent professor of Czech literature and a great moral authority at the head of the university was presented in more detail by Vice-Dean Josef Šaur: "It is not surprising that, as an extraordinary moral authority, the voters decided to keep Arne Novák as rector for another term, thus breaking the established rules about the succession of office. However, at the beginning of September 1939, Arne Novák fell ill with pneumonia and did not return to the university. He died in hospital on 26 November without learning of the closure of the Czech universities."

“Become real personalities, citizens with a true social sensibility, scholars with a keen sense of beauty, intellectuals with the ability and courage of critical judgment that cannot be directed, cannot be raped.”

Arne Novák
From the rector's speech of 1939

After the commemorative part of the ceremony, the plaque was unveiled by Dean Milan Pol and Rector Martin Bareš, and flowers were also laid. The gathering was closed again by the Na hłas choir. The participants of the event then moved to an informal meeting in the courtyard of the faculty.

Prof. PhDr. Arne Novák, son of the writer Teréza Nováková, worked as a professor of Czech literature at the Faculty of Arts of Masaryk University, which he helped to build. As dean, he fought for the preservation of the faculty in discussions about the purpose of Brno university. Later, he was appointed rector and proved to be an extraordinary moral authority during the Nazi occupation of Czechoslovakia. 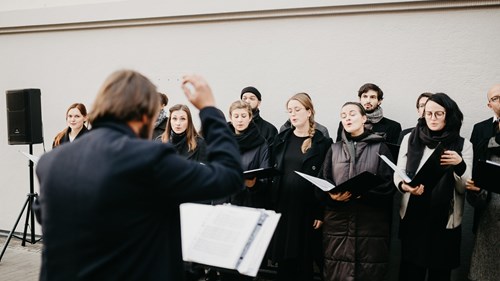 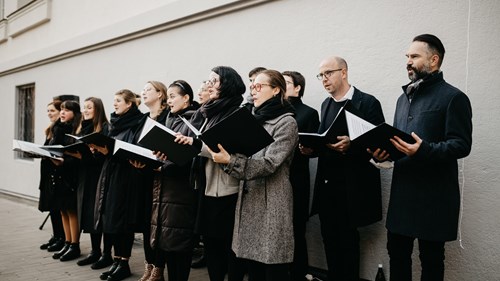 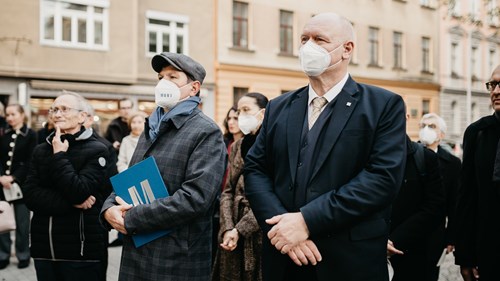 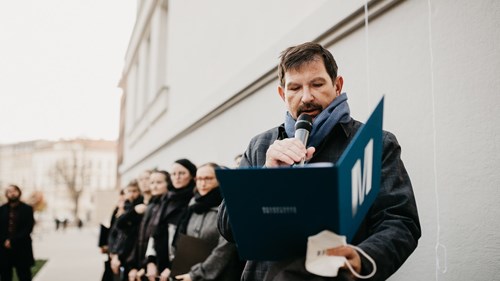 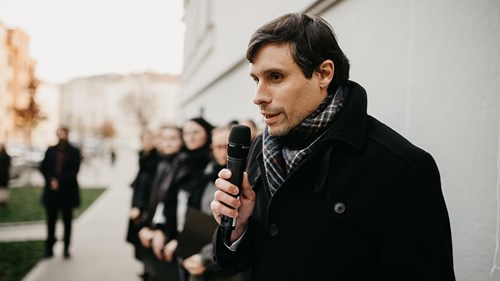 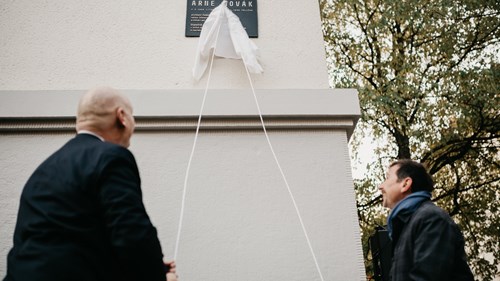 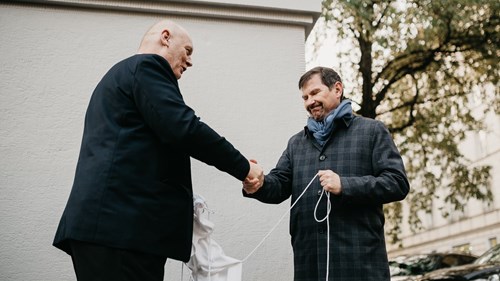 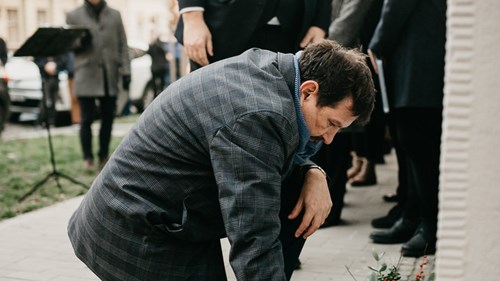 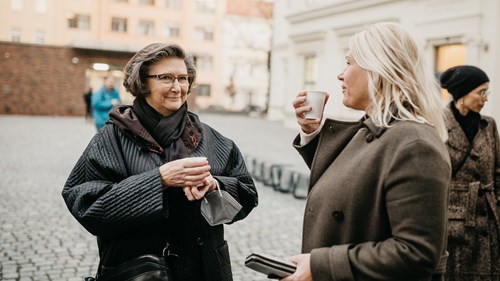 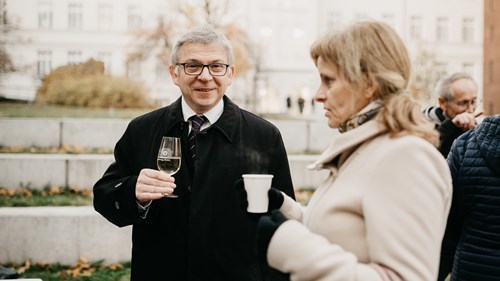 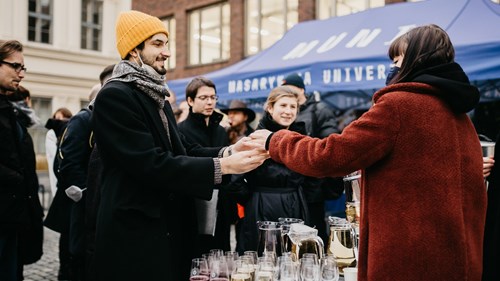 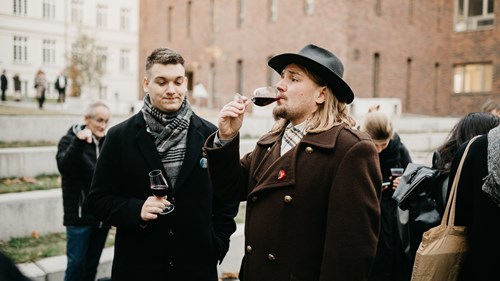